Japan is an island country in East Asia, located in the northwest Pacific Ocean. It is bordered on the west by the Sea of Japan, and extends from the Sea of Okhotsk in the north toward the East China Sea and Taiwan in the south.Japan is known worldwide for its traditional arts, including tea ceremonies, calligraphy and flower arranging. The country has a legacy of distinctive gardens, sculpture and poetry. Japan is home to more than a dozen UNESCO World Heritage sites and is the birthplace of sushi, one of its most famous culinary exports.Tokyo is the most populated city in the world.

Unlike most countries that are one solid land mass, Japan is actually a group of islands that form a country, typically referred to as an archipelago. The Japanese archipelago consists of 6,852 islands. While only 430 of those islands are inhabited — Honshu is considered the main island.     Things to do in japan :
Tokyo  Soak in the traditional Japanese culture, learn about modern life in the city, become a real-life cartoon character and people watch until your head spins. Also you get the chance to enjoy both city life and natural landscapes.Tokyo is also famous for Anime, electronics, manga, and video games. 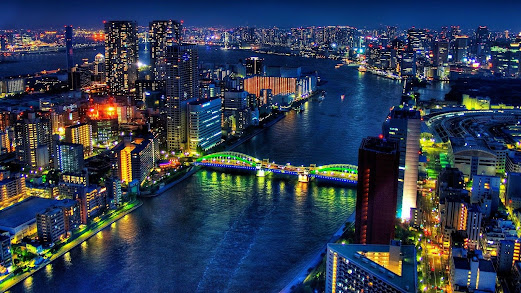 KyotoThe cultural capital of Japan. Kyoto is a city on the island of Honshu. It's famous for its numerous classical Buddhist temples, as well as gardens, imperial palaces, Shinto shrines and traditional wooden houses. It’s also known for formal traditions such as kaiseki dining, consisting of multiple courses of precise dishes, and geisha, female entertainers often found in the Gion district. 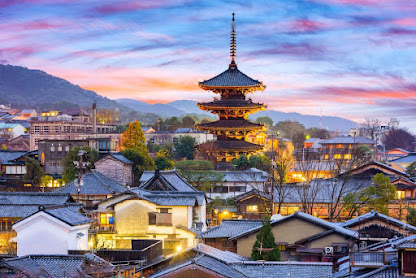 Osaka
It is known for its modern architecture, nightlife and hearty street food and is  surrounded by a moat and park with plum, peach and cherry-blossom trees. Sumiyoshi-taisha is among Japan’s oldest Shinto shrines. To shop vintage and eat takyaoki you have place like Amerikamura and Tsutenkaku and Shinsekai is place where the past and present coexists. 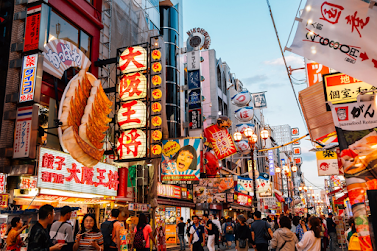 apart from large shopping malls, tons of restaurants and bars and some of the tallest buildings in Tokyo, the area also contains many scenic green parks to relax in.Towards the left of Shinjuku station is the area’s skyscraper district. Here you will find some of Tokyo’s tallest buildings. Many of these are hotels, but the Tokyo Metropolitan Government Office stands out with its two towers reaching 243 meters.Koreatown in Shin-Okubo has an assortment of Korean shops and restaurants along its main road, selling K-Pop music and merchandise, Korean groceries and other Korean food.Shinjuku gyoen is the relaxing haven  located in the center of the Shinjuku area, offering a mass of greenery and a calming atmosphere. 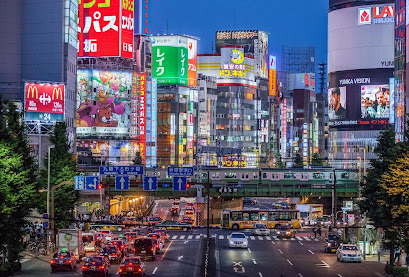 people of all ages because of its good mixture of traditional and modern culture.Shibuya station is the second busiest railway station of Tokyo, handling on average 2.4 million passengers each day. We have got the  busiest pedestrian crossing in the world that is  Shibuya Crossing.focusing on the traditional aspects of Japan starting with the Meiji Shrine. Meiji Shrine is an old shinto shrine in Harajuku area and it is the most visited shrine in Japan on new years day. The shrine itself is surrounded by nature, and it has a beautiful Japanese-style garden called Meiji Shrine Imperial Garden. 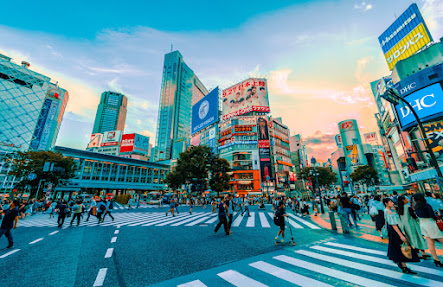 The main island of Okinawa is home to a number of amazing places. Naha city is the prefectural capital of Okinawa and boasts a number of famous tourist spots such as Shurijo Castle and Naminoue Shrine. Shurijo Castle was an iconic structure in Okinawa with has a long history. Okinawa is a group of about 160 beautiful islands located in the south of Japan. The archipelago is one of the most popular tourist destinations in Japan, known for its tropical climate, white sandy beaches, colourful coral reefs and rich culture. The culture of Okinawa is very interesting and it is quite different from other parts in Japan. As Okinawa is very close to Taiwan and China, the Japanese, Taiwanese and Chinese cultures have mixed together here and have resulted in Okinawa’s unique culture.There are also some historical spots, including a number of World War II sites, to be visited.Must visit place is  Churaumi Aquarium, one of the most beautiful aquariums in the world. The three-storeyed aquarium will allow you to admire more than 700 species of marine life diverse and unique. 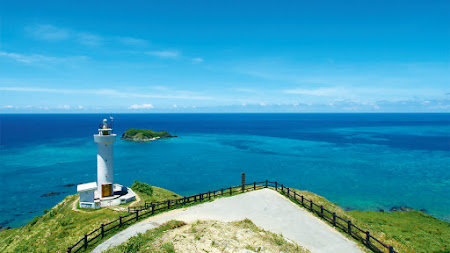 Oita
Oita Prefecture in Kyushu is surrounded by mountains and sea and would make an excellent place for relaxation and light sightseeing.Beppu is one of the most famous areas in Japan to enjoy natural hot spring baths. Festivals throughout the year, and interesting wildlife, Oita is a great place to spend time.there are many places to visit in Oita such as Onsen, Global tower,Mount Takasaki monkey land and National park,Marine palace Aquarium Umitamago,Kunisaki peninsula. 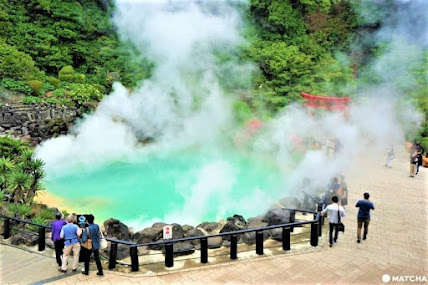 Flights from India :
New Delhi to Japan
Mumbai to Japan
Bengaluru to Japan
Chennai to Japan
Kolkata to Japan
The average flight time between India and Tokyo (Japan's capital), is 7 hours and 15 minutes. This has been calculated based on journeys departing from New Delhi.ANA (All Nippon Airways), Vistara, Japan Airlines, SriLankan Airlines and Air India all fly direct to Japan.
Visa
All Indian nationals require a visa to enter Japan. Indians must apply for a Japan visa prior to their travel.However applicants should not apply for their visa earlier than 45 days from intended date of travel.
Hotels in Japan :
The Peninsula Tokyo 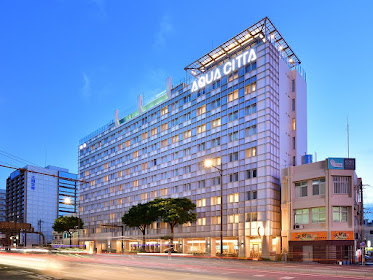