Paris, France's capital, is a major European city and a global center for art, fashion, gastronomy and culture.People call Paris “the City of Love”.Paris has an impressive art scene that is accessible throughout the city.Lovingly called the most romantic city in the world, Paris is unlike any other city. Sporting mindblowing Nouveau architecture and magnificent cobbled streets, the French capital is a treasure trove of multifarious experiences. The City of Lights is home to quite a few iconic monuments and landmarks - the revered Notre Dame Cathedral, the spectacular Louvre Museum, the palatial Sacré-Cœur and the most emblematic of them all - the stupendous Eiffel Tower.

The iconic steel structure is the first thing to come to your mind when you think of Paris.Catching a glimpse of Paris from the Eiffel Tower at night is an exhilarating experience With over 70,000 bulbs illuminating the 300-meter tall iron towerThe view from the Eiffel Tower Summit at night is unparalleled and as an added advantage, you will also be able to spot famous Parisian landmarks such as the Sacré Coeur (Montmartre), Notre-Dame de Paris, La Fondation Louis Vuitton, Trocadéro, and Montparnasse Tower from atop the Summit. With magnificent light works all around, it truly is an enchanting experience to see Paris from the skies at night. 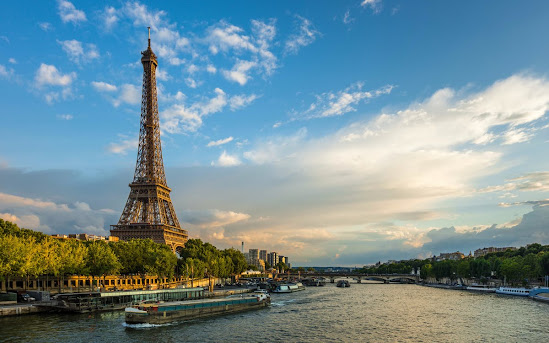 A place where the Greek Gods rest in Greek Mythology. Champs Elysees, the significant symbol of France, emerged from marshlands. You get to enjoy various sites and activities that the destination.Champs Elysees is the place where the most popular and luxurious brands in the world are. It is a paradise for shoppers and window shoppers. Paris is a destination for people who admire and breathe fashion.Entertain yourself by visiting Le Lido de Paris Merveilles. It is a nighttime theatre show, where you can see the performance of the stunning dancers in their eye-blinding costumes. 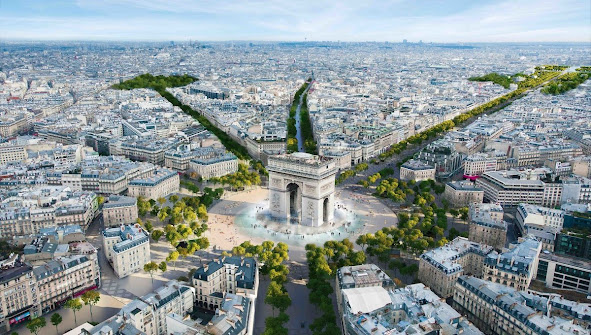 if you are looking for  the atmosphere of a village remarkably intact with intimate squares, winding narrow streets, tiny terraces, and long stairways this place is must visit. It’s bustling with artists busying over their canvases, colourful stalls and souvenirs for sale in a cute cobblestone square. 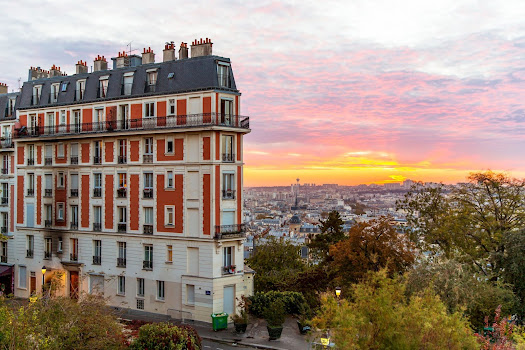 The Palace of Versailles has been listed as a World Heritage Site for 30 years and is one of the greatest achievements in French 17th  century art. it was a hamlet surrounded by forests and marshland, with a single track connecting to Paris.this palace is one of the largest and most opulent castles in the world. 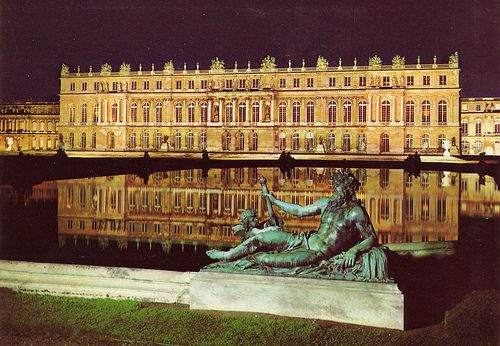 Cruise on the Seine river

A Seine river cruise is a very popular way to see Paris,These short river cruises allow you to take in many of the highlights of the city such as the Louvre, the Eiffel Tower, the Musée d’Orsay, Notre Dame Cathedral, etc. As you float along the Seine River.Many of Paris’s most famous and important buildings, bridges, and attractions can be seen from the river. 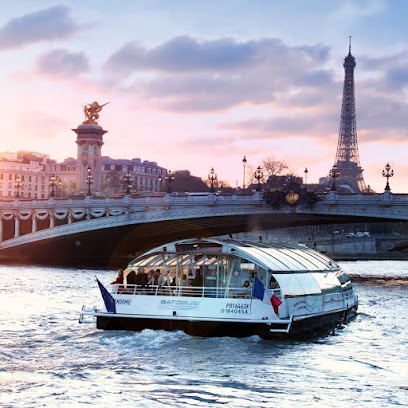 you trip is inncomplete without visiting the vineyards. these are the regions that come to mind when planning a wine tasting trip to Paris.Some of the best places for vineyards are Clos Montmartre In Paris. Image Source,Clos Du Pas Saint-Maurice In Suresnes. Image Source,Vignes Des Grottes Au Pecq-Saint-Germain,Vigne De La Féronne Haute. 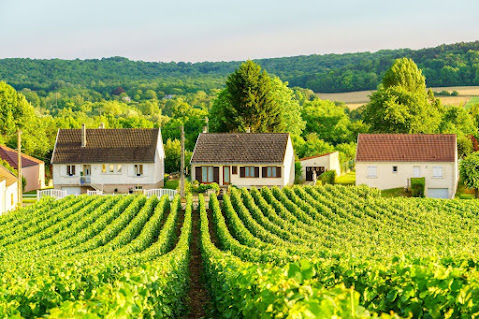 It is a place where time stops to give way to magic and imagination.The park is located in Marne-la-Vallée, about 35 minutes from the center of Paris by train. At present it has two different spaces, Disneyland Park and Walt Disney Studios Park, as well as a shopping and entertainment area, Disney Village, and a theme golf course, Golf Disneyland. to typical fast-food establishments the park has several restaurants offering quality food, sometimes even with a show included. ​ 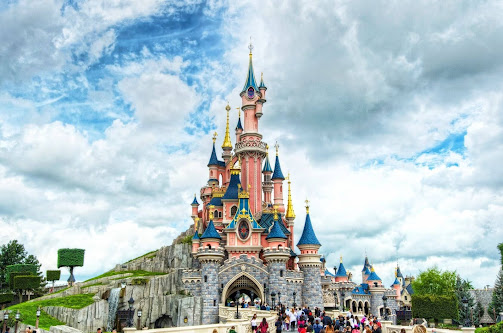 Notre-Dame is not just a site of worship- it’s a place with a rich history and significant architectural achievements. Notre-Dame is widely considered to be one of the finest examples of French Gothic architecture. It was one of the first buildings in the world to incorporate flying buttresses as a means of supporting exterior walls. Many small statues, all individually crafted, can be seen around the exterior of the building. Some statues were used as column supports and others, such as the famous gargoyles, as water spouts. The three large rosettes are regarded as one of the greatest masterpieces of Christianity. 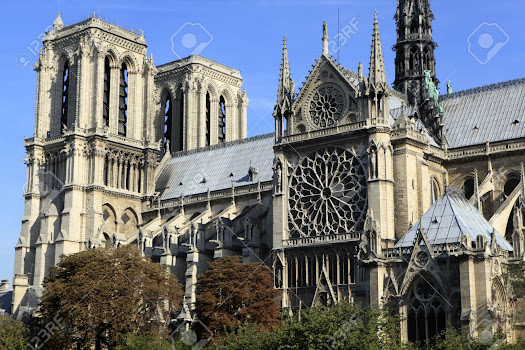 Easily the most famous thing on display in the Louvre is Leonardo da Vinci’s Mona Lisa.some of the sculpture and paintings of yhe museum are such as The Seated Scribe,Venus de Milo,Winged Victory,Psyche Revived by Cupid’s Kiss,Other da Vinci Works,Death of the Virgin,The Wedding at Cana,Liberty Leading the People ,The Raft of the Medusa .

Travelers from India can board direct flights from cities like Delhi and Mumbai to Paris Charles de Gaulle Airport (CDG) in France. Air India provides a direct flight from Delhi to Paris while Jet Airways and Air France offer nonstop flights between Mumbai and Paris. 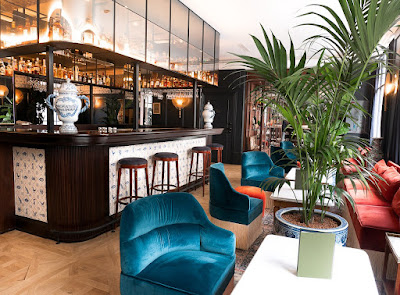 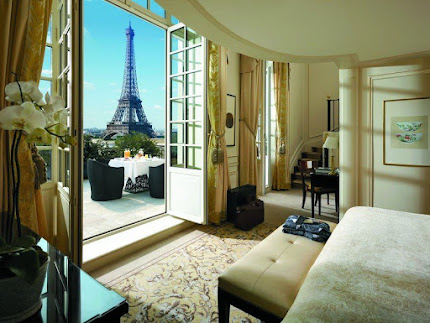 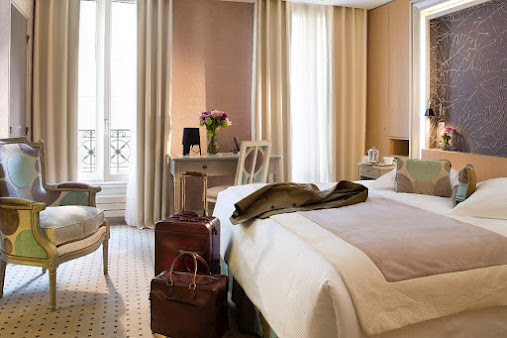